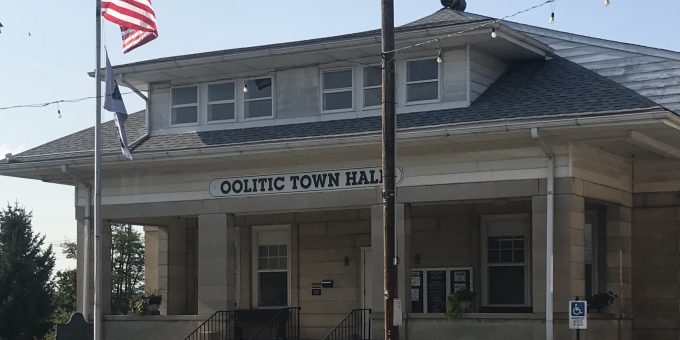 The council brought attention to multiple complaints received about the conditions of homes on Smith Avenue. The homes have become run down in some areas, as well as trash and unkept lawns are causing residents to feel uneasy while walking with their families.

Council Member John Dillon then provided an update on the north school purchase. The purchase is going through the final steps and once completed Jim Deckard of Deckard construction will begin the renovation process. The building will house Deckard’s Home Health business as well as apartments.

Council Member Jon Broglin then discussed an update to the trees around the sewer plant. A bid has been received, but at the advisement of Town Attorney Greg Pittman, it will be looked into further to determine or not if more bids will be required.

The town then approved three roadblocks for now, including two for the Oolitic Volunteer Fire Department, in May and September, and one for Toys for Tots on October 8th.

The final bill for the water meter lids, with a remaining $3,771.64 to be paid for finalization was also discussed. The council will look into using money from the town’s water funds, with hopes to replace them with upcoming ARP funds in July, if at all possible.

The final update provided was the progress of the stormwater project. The town met in an executive session to discuss the outline and the schedule until the project concludes. Key dates include: