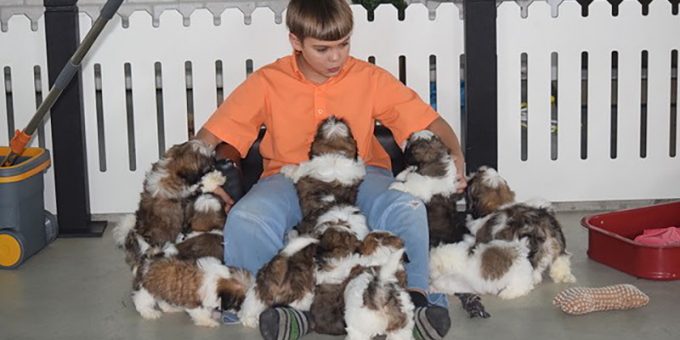 As demand grows for dogs and puppies, consumers may inadvertently seek a new pet from an irresponsible source without seeing the dog, meeting the breeder, or knowing what questions to ask or how to evaluate the answers. The CCC program offers an evidence-based solution for both breeders and pet owners.

“This program does the ethical and scientific homework for the customer,” said Candace Croney, professor, and director of the Center for Animal Welfare Science in the colleges of Agriculture and Veterinary Medicine at Purdue. “It allows people to make an informed choice about a breeder’s commitment to animal welfare when they are trying to bring a healthy, happy dog into their home, and it helps identify and support good breeders, rather than puppy mills that disregard animal welfare entirely.

CCC standards for adult dogs and puppies exceed current regulations and ensure that breeders are attending to their dogs’ physical, genetic and behavioral health. The standards fall into five pillars of care for nutrition, veterinary care, housing, handling, and exercise.

“What we’ve created here — along with a third-party auditing scheme, which is widely recognized as best practice in animal assurance — is precedent-setting for the U.S. and global pet industries and pet families, and should be a huge point of pride for Purdue and the state of Indiana,” Croney said.

She created the initial standards of care in 2013 based on existing and ongoing research. Croney further developed them in collaboration with leaders in academic and practicing animal science and veterinary medicine who have expertise in diverse canine welfare sciences.

The program evolved in response to requests from Amish dog breeders in Indiana who wanted to improve their operations, which have been publicly criticized. Members of this underserved population make up the majority of certified breeders to date. They have been open to doing things differently once provided tools and knowledge, Croney said.

“Once we were following the standards, we saw pups and parents that were much more social and now have no trouble moving right into loving homes,” Wagler said.

“I gauge the success of the program on our puppy families’ response, and it is very positive for raising the bar for everyone involved,” said CCC breeder John Troyer in agreement. “This is truly going to be game-changing.”

These and other CCC breeders reflect the commitment to transforming their industry with the support and leadership of the Purdue Center for Animal Welfare Science.

“Purdue’s history of leadership on animal welfare is well known and long-standing,” Croney said. “Because we are a land-grant university and have well-established animal welfare science expertise, we can conduct and translate the science to the end-users through outreach. Even better, the research outcomes and feasibility of the program are backed up directly by the participating breeders. It is the Extension model perfectly in play.”

Matten Schwartz, CCC’s 100th breeder, hopes others will follow suit. “This is something that all breeders should do,” Schwartz said. “I look forward to meeting the 1,000th breeder.”