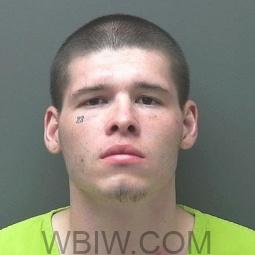 WASHINGTON – A man faces charges after allegedly stealing a vehicle from the Chuckles gas station on State Road 57 and East Walnut Street in Washington Tuesday evening.

Officers with Washington Police Department responded to investigate and put out a call to other departments to be on the lookout for the vehicle. A short time later, a detective with the Daviess County Sheriff’s Office located the vehicle traveling south on Edwardsport Road.

Sheriff’s deputies and Washington Police officers conducted a traffic stop on the vehicle and arrested 27-year-old Kyle E. Kalaher of Thompsonville, IL without incident on charges of theft of a motor vehicle and criminal mischief.

Officers remind residents to lock their vehicles if leaving them unattended.