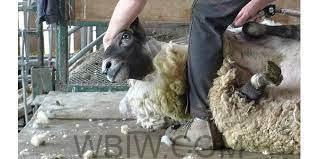 WEST LAFAYETTE — At their latest meeting, the Indiana Sheep and Wool Market Development Council (IN S&W) approved three new projects to fund during the spring and summer seasons. Additionally, the council is asking for nominations of individuals for board positions of districts 1, 4, and 7.

In compliance with IN S&W’s regulation to hold elections for three council members each year on a rolling basis, the organization is looking for representatives from the following districts:

Anyone interested in becoming district representative or in nominating someone for a district representative position should contact IN S&W Purdue adviser Meredith Cobb at 765-426-1195 or mcobb2@purdue.edu by April 1. There is also a fillable form on the website to sign up to be included in all mailings and emails related to the checkoff, along with an option to submit your name for nomination in the upcoming election.

At the most recent meeting of the IN S&W Council, three new projects were accepted for funding. These include a sheep shearing contest at the Indiana State Fair, funding for the Indiana Sheep Association’s 2022 Symposium and the 2022 Indiana Make it With Wool (MIWW) Competition. In January, a contestant from Indiana earned fourth place overall at the National MIWW competition in San Diego.

About the Indiana Sheep and Wool Market Development Program

The Indiana Sheep and Wool Market Development Program was created to support educational, promotional, and research efforts involving sheep in Indiana. Funds for the council are collected from the sale of all sheep in Indiana – 0.5% of the net market price of each sheep sold. All funds collected by stockyards, sale managers, producers, and others should be sent to the council’s business office at Purdue. More information is on the program’s website https://indianasheep.com/checkoff.php.