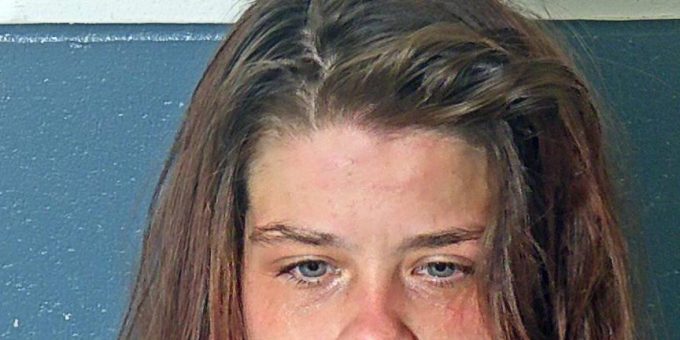 BEDFORD – A Bedford woman was arrested Tuesday when Bedford Police officers were called to St. Vincent Dunn Hospital after a report of a woman being uncooperative in the emergency room.

When officers arrived they could hear 23-year-old Hillary Stafford screaming and could hear her hitting her head on the wall.

The officers approached Stafford and asked what she was doing. She told the officers she was leaving. She then walked into the waiting room of the emergency room, squatted down, and began screaming.

She was asked to stop yelling and to calm down. She then made her way to just outside the doorway of the emergency room and again began screaming.

She was told again to calm down and stop screaming.

She began punching the glass sliding door when she sat down against it causing it to open. Police ordered her to stand up and place her hands behind her back. She resisted the Officers by pulling away. Once forcibly placed in handcuffs, she was escorted to the rear of a patrol vehicle where she collapsed to the ground. Officers stood Stafford up and she was forcibly placed into the rear of the patrol car. She then began slamming her head against the rear passenger side window of the patrol vehicle.

Officers had to forcibly remove Stafford from the rear of the vehicle and moved her to another police vehicle that had window guards. She once again had to be forcibly placed in the vehicle. While transporting her to the Lawrence County Jail for housing, she continued to scream and slam her head against the cage railing in the vehicle.

Stafford was arrested on charges of disorderly conduct and resisting law enforcement.