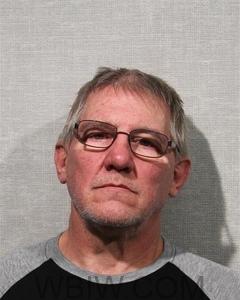 JACKSON CO. – A 57-year-old Seymour man has been arrested on a charge of possession of pornography/obscene material, a Level 6 felony, reported Jackson County Sheriff Rick Meyer.

Michael Alexander admitted to sending inappropriate videos of himself to an underage female and received photos of the sexual nature of the adolescent.

Alexander was in violation of a house arrest agreement by possessing a smartphone. His house arrest was the result of a charge of solicitation of a minor which occurred in Jennings County in 2019.

According to the probable cause affidavit, the current incident began Feb. 26 when community corrections were working to locate Alexander to discuss obscene images located on his phone. Alexander was found at the Seymour Walmart and detained.

During his interview with police, Alexander admitted to having social media accounts across several platforms and under different names. He said he had communicated with a girl who he said initiated contact with him through Facebook Messenger.

Alexander was arrested and booked into the Jackson County Detention Center at the end of the interview.

A special thanks to Investigating Deputy Sgt. Ben Rudolph, Assisting Deputy Zach Elliott and Reserve Deputy Eric Browalski for their hard work on this case.