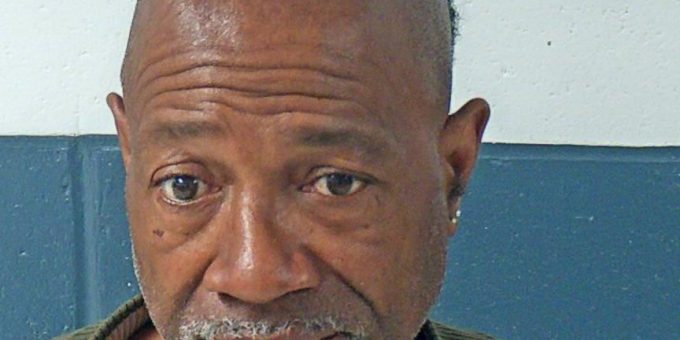 BEDFORD – A Mitchell man was arrested Wednesday after police say he was harassing and leaving threatening voicemails for Superior Court I Judge John Plummer III.

Police say 62-year-old Donald Smiter was the one that left those threatening messages for Superior Court I Judge John Plummer III.

Courthouse security was provided with a photo of Smiter and placed on alert.

In the messages, Smiter identifies himself in the voice messages.

Employees within the Lawrence County Prosecutor’s Office and Superior Court I didn’t know how or when Donald’s vehicle was impounded.

The prosecutor’s office also provided police with a copy of a letter Smiter submitted to the court on February 14, 2022. In his letter, Smiter advised he demanded a release request for his 1998 Saab 900 turbo. He advised that Stone City had stolen it from him.

Smiter wrote, “I did not consent to Stone City to touch my car in any form, way nor fashion I am inclined to  believe this is another of the court’s attempts to get me in the drug court.”

Judge Plummer III advised officers that he didn’t have any significant encounters with Donald Smiter. He recalled all information centered around his notification about the voicemail. He stated that Smiter seemed to hold Judge Plummer personally responsible for the impound of his vehicle.

Judge Plummer III told police that Smither had not threatened physical harm, he did feel the matter needed to be reported because of intimidation to the court.

Judge Plummer III was interested in a protective order stating it would limit his ability to perform his duties.

The investigator contacted Stone City Service and Collision. An employee told the officer they were familiar with Smiter. Smiter’s 1998 red Saab was impounded by Stone City Service and Collision on December 16, 2021. The business sent a certified letter to Smiter and he sent the letter back with his own letter attached. It was the same letter that was sent to the court. About a week after the vehicle was towed Smiter went to Stone City, but refused to provide his driver’s license, and proceeded to get items out of his vehicle. Bedford Police Department was contacted.

Police learned Smiter’s vehicle had been impounded by the request of the Lawrence County Sheriff’s Department after they found it broken down, unattended, and in the middle of the road on December 16, 2021, at approximately 3 p.m.

Police spoke to Smiter on Friday, March 4, 2022, at approximately 4:36 p.m. Smiter was told the court wasn’t withholding his vehicle nor were they responsible for his current situation. Smiter told the officer the courts allowed the vehicle to be towed. He was told by the officer that was not true and that paperwork was put in place for the sale of the vehicle, but that courts were not withholding the vehicle.

He was also reminded about the letter from Stone City Service and Collision about the status of his vehicle. Smiter told the officer that employees at Stone City Service and Collision had threatened to arrest him and were harassing him when he tried to retrieve his vehicle. Smiter said, “it wouldn’t be healthy for him to go back to Stone City”. He was also informed there was a no-trespass order against him at the business.

Smiter continued to argue that the courts allowed his vehicle to be impounded and also argued that his vehicle was stolen from its location. The officer attempted to explain the series of events in chronological order, but Smiter was not receptive.

Smiter then claimed that the Lawrence County Sheriff’s Office was liable for his vehicle because their officers should have sat with his vehicle to prevent an accident until he returned with a tow of his choice.

Smiter was informed that the department didn’t have the manpower to do that.

Smiter then ended the conversation stating “ he wasn’t going to go back and forth with me”.

The information was forwarded to the Lawrence County Prosecutor’s Office and a warrant was issued for Smiter’s arrest.