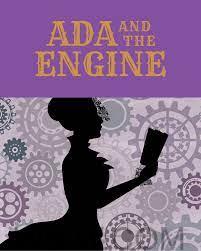 BLOOMINGTON – This spring, Cardinal Stage is thrilled to be remounting its previously postponed production of Ada and the Engine, originally scheduled for March of 2020. This contemporary drama, written by America’s most-produced living playwright, Lauren Gunderson, follows the life and work of Ada Byron Lovelace, a 19th-century mathematician, who is now widely recognized as the first computer programmer. The play, directed by Cardinal Stage’s Artistic Director Kate Galvin, runs from March 31 – April 16 at the Waldron Auditorium.

Discover the groundbreaking woman of science whose work has impacted all of our lives in profound ways. Ada and the Engine tell the inspiring and fascinating story of the brilliant female mathematician, Ada Byron Lovelace (daughter of the flamboyant and notorious poet Lord Byron). At the dawn of the British Industrial Revolution, young Lovelace sees the boundless creative potential in the “analytical engine” the first mechanical computer, designed by renowned mathematician Charles Babbage. Lovelace envisions a whole new world, beyond what Babbage had conceived, where art and information converge. Together they dream of the future and struggle to navigate the treacherous waters of friendship, legacy, and ambition.

This show is the perfect opportunity to introduce Monroe County residents to a historically important role model for women of all ages and to provide all in attendance with an in-depth experience of an often-overlooked moment in STEM history. Cardinal has partnered with the IU Center of Excellence for Women & Technology to support a giveaway of over 100 tickets to attendees of its 9th Annual Summit on Women & Technology, connecting, empowering, and celebrating women and technology across a variety of skill levels and topics.

“I was not aware of Ada Lovelace when I first encountered this play,” says director Kate Galvin. “As soon as I read it, I was inspired and energized – I wanted to learn more about this fascinating woman. And I wanted to go out and cheer on every young woman studying or working in computer technology, which is still a male-dominated field. I’m thrilled to be producing and directing this beautiful play, I think it will have a profound impact on all who see it.”

Research suggests that there is little to no difference in boys’ and girls’ average ability at STEM subjects, yet fewer women enter STEM fields in college on average in Indiana and nationwide. In fact, a study released by Cornell University in July 2019 suggests that it may take almost 100 years to close the gender gap in computer science. Many experts suggest that in order to attract more girls to study STEM subjects at university and enter STEM careers, gender stereotypes of those in STEM careers need to be addressed early. One way to counter these stereotypes is through exposure to appropriate role models, specifically successful women in STEM careers.

This production is one way that theater can serve as a gateway to the lost history of women in science. In 2009, after an extensive online campaign in the United Kingdom, a group of women in science, technology, engineering, and math (STEM) started the tradition of Ada Lovelace Day, an international celebration of Women in STEM. In October of 2019, Bloomington declared its first official Ada Lovelace Day, culminating in an event and award ceremony at the Dimension Mill. Cardinal Stage and the Dimension Mill have partnered to celebrate annually ever since, with a virtual celebration in 2020 and an in-person luncheon and discussion panel in 2021.

Ada and the Engine features a strong four-person cast, with many returning Cardinal favorites. Megan Massie, previously featured in Cardinal Stage’s Sherlock in Btown Walkabout Radio Play series, is portraying the title role of Ada Lovelace. Joining the cast as her mathematical counterpart is Eric Olson, who Bloomington audiences will remember for his moving portrayal of Alison Bechdel’s father in Cardinal’s 2018 production of Fun Home. Also returning is Francesca Sobrer, last seen as Amanda in The Glass Menagerie and featured in The Women in the Woods Walkabout Radio Play series, who will be playing Ada’s mother, Anabella Byron, as well Ada’s mentor, Mary Somerville. Rounding out this cast is Kevin Aoussou, a second-year MFA Actor at Northwestern University, making his Cardinal debut as Ada’s husband, Lord Lovelace, and her father, Lord Byron.

This season, Cardinal is offering all single tickets at a Pay What You Will rate, empowering audiences to choose their own ticket prices. In an effort to create the safest possible environment for live theatre to be enjoyed by our community, Cardinal Stage is instituting the following health and safety policies at all performances of Ada and the Engine:

Additionally, HVAC upgrades have been made to bring the Waldron into compliance with current industry standards for ventilation in performing arts venues, promoting more air circulation and better filtration. Due to the ever-evolving situation surrounding COVID-19, Cardinal will continue to update its health and safety protocols throughout the season. Policies for Hedwig and the Angry Inch will be announced later this spring. For more information on Cardinal’s Play What You Will season and Audience Covid policies, visit Cardinal’s website.