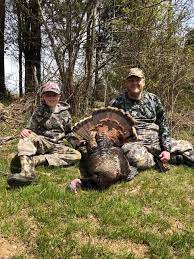 This was a 15% decrease from the 2020 harvest but was close to the average harvest (12,065 birds) between 2015 and 2019. The Indiana Spring Turkey Harvest Data shows the top county was Dearborn, with a total of 355 birds. During the youth-only weekend, hunters took 1,198 birds (9% of the harvest). Most birds last year were taken in the early morning hours, during the early part of the season. The estimated number of hunters afield was 65,254 with an estimated success rate of 19%.

The 2022 spring turkey season runs April 27 – May 15, with the youth-only season April 23-24.  Predictions for this season calls for between 12,000 and 13,000 birds to be harvested including an increase in the number of juvenile (jakes) taken due to high summer brood success (survival of poults/young turkeys).