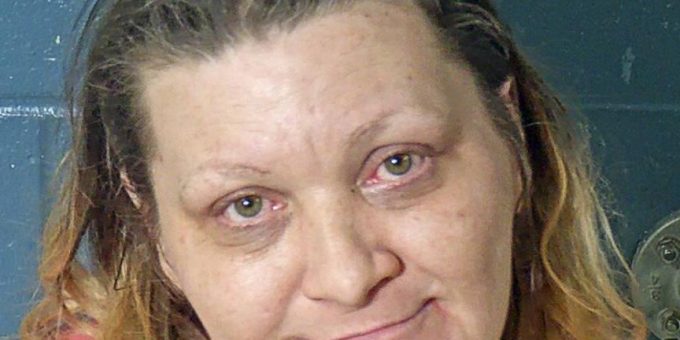 BEDFORD – A Campbellsburg woman was arrested on drug charges Friday night when a Bedford Police officer stopped the vehicle she was a passenger in after a traffic violation at 16th Street and Becky Skillman Way.

The officer said the driver of the white passenger car approached the traffic light that was green and made a complete stop at the green light. . The vehicle remained stopped at the intersection until the officer pulled behind the vehicle. The officer activated his lights and pulled the driver of the Oldsmobile Alero over in the Casa Brava parking lot.

The male driver told the officer he had been in an argument with the passenger and he was sorry he had stopped at the green light.

While speaking with the driver, a back seat passenger was making movements as if to hide something under the front seat.

The officer told the female 42-year-old Jamie Dickey to stop reaching under the seat and she complied. The officer said Dickey was grinding her teeth and making uncontrollable movements in the vehicle.

The driver of the vehicle allowed the officer to search his vehicle.

All the occupants of the vehicle exited it and then the officer noticed a red and white container on the ground at Dickey’s feet which had not been there earlier.

Inside the container was a plastic baggie containing crystal meth.

Dickey denied the drugs were hers.

Dickey was detained on a charge of possession of meth and transported to the Lawrence County Jail.