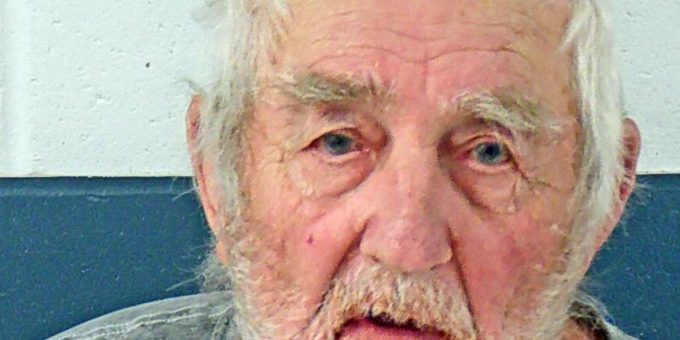 MITCHELL – A Mitchell man was arrested after he allegedly entered a home without permission.

According to a probable cause affidavit, on February 16, 2022, at approximately 5:46 p.m. a woman went to the Mitchell Police Department wanting to file a complaint against her landlord.

The woman who lives in the 320 block of East Frank Street says on February 12th her landlord John Jones Sr. entered her residence unannounced while she was in the shower. He was found standing in the hallway while she was trying to get dressed.

The woman said she was in the shower and after finishing she exited the bathroom to enter her bedroom to get dressed. While dressing she looked up and found Jones standing in the hallway. She yelled at Jones to get out. After dressing she walked into her living room and found Jones sitting in her recliner.

The woman said she had reported the incident on Feb. 15th but didn’t know if Chief Mike Hardman had filed a report.

The woman then stated that when she pulled into her driveway on this date she was approached by Jones. He asked her if she had spoken to the police and if she was going to file charges against him.

The woman told Jones she had reported the incident. Jones then told the woman she didn’t need to pay rent for the current month. He also stated he was willing to give the deposit back and she was to leave the residence within two weeks.

While speaking to the woman she told police this was not the first time Jones had entered her home without any form of notice.

The information was forwarded to the Lawrence County Prosecutor’s Office and a warrant was issued for Jones’ arrest.