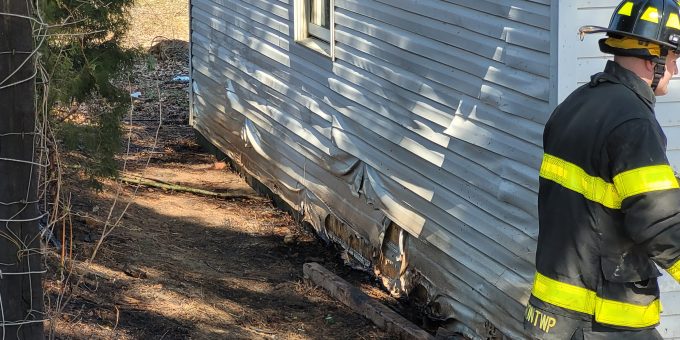 MITCHELL – Marion Township Volunteer Firefighters were called to a structure fire that was spreading toward a neighbor’s house at 12:47 p.m. on Rariden Hill Road Saturday.

Marion VFD then requested Huron VFD to respond with additional manpower and a tanker truck.

When Engine 52 arrived on the scene they found a small grass fire near the home.

“All of the other units were canceled and the small fire was extinguished with one attack line,” said Marion VFD Chief Paul Gillespie. ” A female stated she had put her cigarette out in the yard and it had set a napkin on fire which spread to the grass.”

The fire caused minor damage to the siding on the home.

“A woman on the scene did suffer a small burn on her leg and was treated by Seals Medic1 but refused to be transported,” said Chief Gillespie.