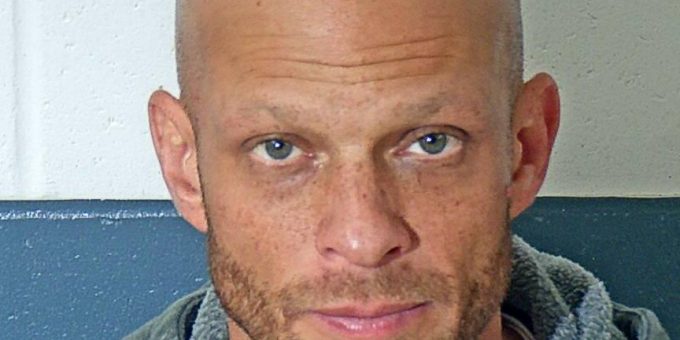 BEDFORD – A Bedford man is facing three counts of theft after Bedford Police investigators say he stole icebox coolers from Arctic Glacier Ice on U Street and then took them to a recycling center.

According to a probable cause affidavit, on Tuesday, January 11, 2021 officers were called to Arctic Glacier Ice at 2404 U Street in Bedford in reference to a theft. The vice president of the company reported she had received an anonymous call advising that they should be looking into an employee 44-year-old Daniel Anderson for stealing icebox coolers and selling them at Bedford Recycling.

The vice president said she contacted Bedford Recycling who advised that Anderson had indeed been there to sell things on several occasions beginning in January of 2021. Those sales totaled between $12,000 and $15,000, however, the employee would not give the woman any more information without proof of a police report.

The vice president told police that each icebox is valued at between $1,500 and $5,000. She said the value depends on the model of the box. She told police that boxes stolen had been brought to their facility to be refurbished and all were still operable and no one had permission to sell them.

A manager at Arctic Glacier also reported that Anderson was a suspect in stealing money from the business.

Police investigated and learned Anderson had stolen the iceboxes and sold them at Bedford Recycling for $8,822.90 in steel and $423.73 of “other”. The receipts show that the second male had sold $1,303.40 in steel and $8.44 of “other”. The “other” classification was typically copper piping or any metal other than steel. Many of these transactions captured on video show the males hauling ice boxes on trailers or in trucks, however, sometimes they drove a semi or box truck and there was no way to tell what was inside.

During a police interview, Anderson admitted to taking items from Arctic Glacier Ice and selling them at Bedford Recycling “for a long time”. However, he stated that it is a part of his regular duties of employment and that his superiors knew what he was doing. Anderson stated that he was only doing his job. Anderson stated that Bedford Recycling pays cash for the items that are sold and that he has turned in the cash and receipts for all the items that he has sold there. Anderson denied having any knowledge of the cash that was reported missing.

The second employee involved told police that he had been to Bedford Recycling and was under the impression that his employer knew what was going on. He told police he was making these sales under the supervision of Anderson and he would give the money from the sale to Anderson or leave the money in Anderson’s desk who was then supposed to turn in the money.

Management denied any of the allegations of Anderson. The second employee involved was cleared of any wrongdoing. The management reported that Anderson allegedly had stolen more than $300,000. Management reported 100 ice chests were stolen each valued at $3,000.

The information was forwarded to the Lawrence County Sheriff’s Department and a warrant was issued for Anderson’s arrest.