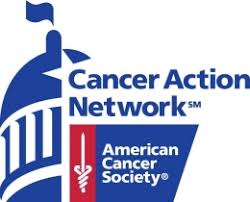 “Lowering the tax rate on some e-cigarettes by 40% and approving a weight-based tax for the tobacco industry’s newest and lightest products is a setback for public health.

“Tobacco taxes must apply to all tobacco products at an equivalent rate to encourage people to quit rather than switch to a cheaper product and to prevent youth from ever starting. Unfortunately, Senate Bill 382 fails to create this parity and provides a lower tax rate for some e-cigarettes and oral tobacco products than the tax on cigarettes – a tax rate already among the lowest in the country.

“Big Tobacco has been working hard to addict future generations with e-cigarettes and other tobacco products and this legislation would make the tobacco industry’s job a little easier in Indiana. We urge lawmakers to reverse course before sending this bill to the governor’s desk.”

The American Cancer Society Cancer Action Network (ACS CAN) makes cancer a top priority for policymakers at every level of government. ACS CAN empowers volunteers across the country to make their voices heard to influence evidence-based public policy change that saves lives. We believe everyone should have a fair and just opportunity to prevent, find, treat, and survive cancer. Since 2001, as the American Cancer Society’s nonprofit, nonpartisan advocacy affiliate, ACS CAN has successfully advocated for billions of dollars in cancer research funding, expanded access to quality affordable health care, and made workplaces, including restaurants and bars, smoke-free. As we mark our 20th anniversary, we’re more determined than ever to stand together with our volunteers and save more lives from cancer. Join the fight by visitingwww.fightcancer.org.