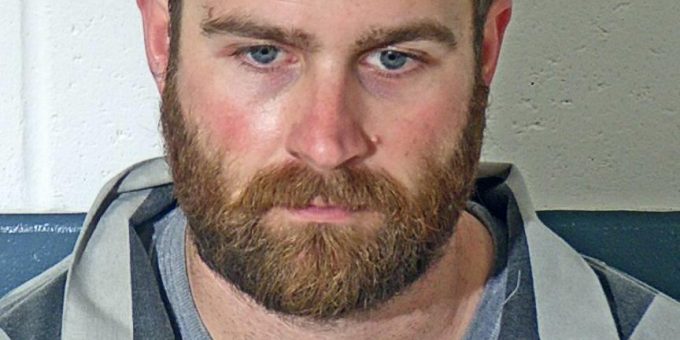 The deputy noticed Flynn make an abrupt stop and pull into a driveway.

The officer turned his patrol vehicle around in an attempt to stop Flynn. Flynn spotted the officer turning around and took off traveling north on Bartlettsville Road.

Upon reaching the residence, Flynn exited the vehicle and ran into the residence’s front door. The deputy exited his vehicle and retrieved his partner, K9 Flek. The officers breached the front door and found a female holding a child standing in the living room. She told officers Flynn was on the second floor of the residence. The officer ordered Flynn to give up and he appeared at the top of the staircase and was detained.

During a search of the truck Flynn was driving, officers found a baggie containing a gram of crystal meth.

Flynn was arrested on charges of resisting arrest with a vehicle, criminal recklessness, mischief, possession of meth, and wanted on warrants on theft charges after allegedly stealing numerous items totaling more than $960 from Walmart.