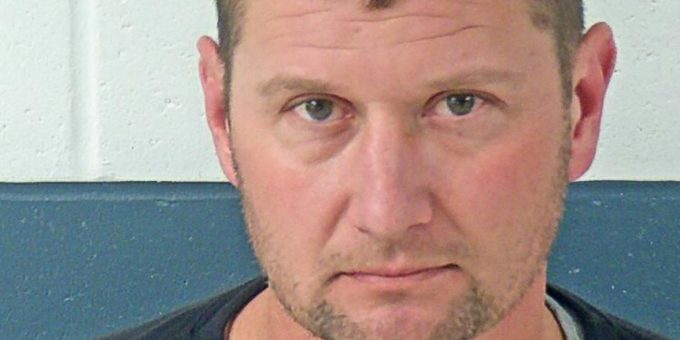 The ISP Sgt. was parked in the back parking lot of Hoosier Uplands in Mitchell, along 5th Street, south of Main Street. The trooper was watching an apartment located at the corner of 4th and Warren streets attempting to locate theft suspects from a separate case. The two people the trooper was looking for often frequented the apartment.

The trooper noticed a male walk out of the apartment, down the stairs, and walk toward a truck that was parked outside of the apartment. The male left driving a white 2021 Dodge truck south on 4th Street and turned east on Main Street without completely stopping at the stop sign. The truck quickly accelerated east on Main Street and the trooper witnessed it turn south on 3rd Street at a very high rate of speed.

As the trooper attempted to catch the Dodge, the driver quickly traveled from the eastbound lane of Frank Street, across the westbound lane, and stopped along the curb. The truck did have a turn signal activated prior to that movement.

As the trooper pulled up behind the Dodge, a male came running out of a yard in front of the Dodge, to the passenger side. At that time, the trooper exited his police car.

The driver 39-year-old James Barber quickly exited the Dodge and walked toward the back of the truck. The trooper immediately had the feeling that the male was trying to distance himself from anything inside the truck and did not want the trooper at his door.

Barber and the other male told the trooper there was nothing illegal in the vehicle.

However, a canine alerted troopers to drugs in the vehicle.

The trooper also learned Barber had a suspended driver’s license from Florida.

The other male was released from the scene.

Officers found a jar containing marijuana in the driver’s door and a baggie in the center console that contained meth. Police also found a metal spoon, cut straws and15 syringes.

Barber told the trooper that he had been in Bloomington earlier that day working on a friend’s vehicle and the meth was payment for his work. Barber also admitted to smoking meth earlier in the day. Barber said that he has about a 1/2 gram a day habit.