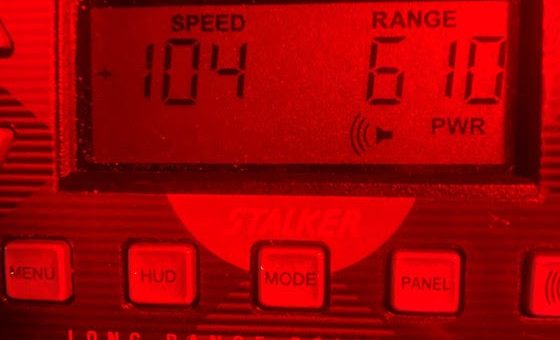 SCOTTSBURG – A Henryville man was arrested for operating while intoxicated and other charges after being stopped for driving 104 miles per hour on I-65.

In the early morning hours Friday, Trooper Cameron Collins was sitting stationary on I-65 just north of the Scottsburg exit observing traffic. Shortly after 2 am, a southbound car approached at a high rate of speed. Trooper Collins “clocked” the vehicle, a red Ford Escape, at 104 mph in a 70-mph zone. After passing Trooper Collins, the car moved into the right-hand lane and tailgated a semi-truck dangerously close before taking the Scottsburg Exit.