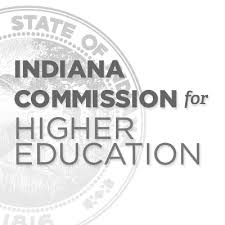 Created by Indiana lawmakers in 2015, the GME Board is tasked with expanding graduate medical education residency opportunities across the state. The 10-member board is administered, staffed, and led by the Indiana Commission for Higher Education. Since its inception, the GME Board has awarded over $20 million through the state’s GME Expansion Plan, increasing Indiana’s number of residency slots by more than 330, and providing more than 176,000 hours of direct primary care to Hoosiers.

“The Commission’s most recent data show that Indiana will need an additional 817 primary care physicians by 2030,” said Indiana Commissioner for Higher Education Teresa Lubbers. “Continued investment in the state’s physician pipeline is critical to meeting this increasing need, especially in rural and underserved areas.”

“The Arnett Family Medicine Residency has been great­ly impacted through funding for residency program expansion,” said Adjunct Clinical Assistant Professor of Family Medicine Travis Dams, M.D. “This funding has allowed our new program to obtain training items such as simulation equipment, point of care ultrasounds, and other materials which has made us a competitive residency site much sooner than we would have without it.”

Once students successfully finish their residency, they can become primary care physicians. Nearly 70 percent of doctors end up practicing medicine near the location of their residency programs, meaning those added through the GME Expansion Plan increase positive health outcomes and quality of life directly in the community.

Additionally, the physicians contribute directly to their community’s economic impact. Each physician’s practice within the community on average creates an additional six to seven jobs, and every primary care physician that is added within an underserved area generates a $3.6 million economic impact to the region.