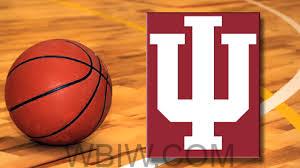 Shortly before the game against Northwestern, Coach Mike Woodson announced starter guards Xavier Johnson and Parker Stewart, along with Khristian Lander and Tamar Bates, and center Michael Durr would be suspended for the game. Woodson said the suspension was for disciplinary reasons.

“When you don’t obey the rules,” Woodson told Don Fischer on Indiana’s pregame radio show, “You’ve got to do things you don’t want to do.”

The short-handed Hoosiers fought hard but fell to Northwestern 59 to 51.

“I don’t know if it’s one game or not,” Woodson added. “That’s a decision I gotta make as we go home tonight (Tuesday). I’m very disappointed because I’m strictly about team. Those guys in the locker room know I’m very upset about it.”