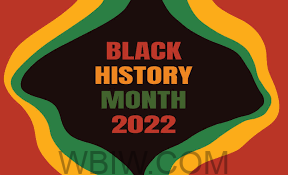 INDIANA – Black History Month, which is celebrated each year during February, is a chance for Americans to learn details of our nation’s history that are often neglected and pushed to the wayside. As the saying goes, Black history is American history, and a wise nation honors and learns from its past.

That’s why Brainly, the world’s largest online learning platform, and homework help community is celebrating this month by acknowledging influential Black teachers and educators who changed the course of education in America.

Their accomplishments and contributions highlight the ways in which education has been shaped by these fearless trailblazers.

He was the first Black man to attend John Hopkins University and the first Black mathematics graduate student. While pursuing advanced degrees in mathematics, Miller began teaching at Howard University and became dean of Howard’s College of Arts and Sciences in 1907. His contributions included modernizing the curriculum and tripling enrollment in his first four years as a result of a recruitment strategy he pioneered. Miller later continued to fight for access to higher education for all Black Americans.

Mary McLeod Bethune is famously considered to be one of the most influential Black educators, civil rights leaders, and government officials of the 20th century. A dedicated teacher, Bethune founded a boarding school that eventually became Bethune-Cookman College, setting the educational standards for many Black colleges to follow today. Additionally, her role as an advisor to President Franklin Delano Roosevelt gave African Americans an advocate in government.

Booker Taliaferro Washington was an American educator, author, orator, and adviser to several presidents of the United States. Between 1890 and 1915, Washington was the dominant leader in the African American community and of the contemporary black elite communities. Originally born into slavery, Washington went on to found Tuskegee University, one of the largest historically black colleges in the country. While his feud of philosophy with W.E.B Dubois caused quite a ruckus back then, he is notably one of the most influential black speakers of our history.

Coppin was an American educator, missionary, and lifelong supporter of higher education for women. With that passion, she became the country’s first Black principal. With a yearning for educating women, she used her role to grow the curriculum to focus on industrial work, develop opportunities to exhibit art created by young women, and advocate for her students to be hired by employers in positions that utilized their education. In 1926, a Baltimore teacher training school was named after her. Today, that school goes by Coppin State University.

Wynton Marsalis is an internationally acclaimed musician, composer, bandleader, educator, and leading advocate of American culture. He has created and performed an expansive range of music from quartets to big bands, chamber music ensembles to symphony orchestras, and tap dance to ballet, expanding the vocabulary for jazz and classical music. At age 17 Wynton became the youngest musician ever to be admitted to Tanglewood’s Berkshire Music Center. Marsalis has won at least nine Grammy Awards, and his Blood on the Fields was the first jazz composition to win the Pulitzer Prize for Music.