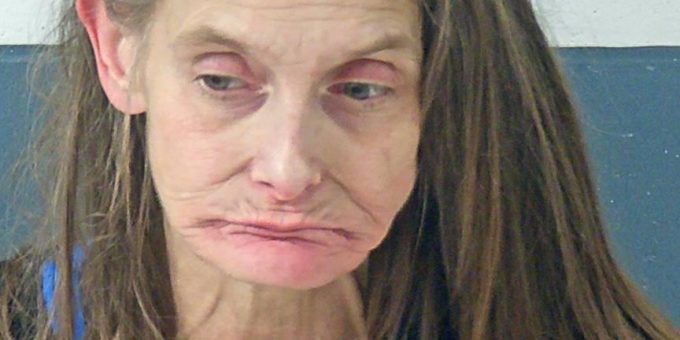 BEDFORD – A  Bedford woman was arrested Wednesday after Lawrence County Sheriff’s Department deputies were called to a resident in the 1000 block of Trinton Circle.

The caller reported that an unknown woman, who officers later identified as 51-year-old Michelle Garrison, walked into her house through the front door and sat in a chair next to the door. The female homeowner forced Garrison to leave the home, however, Garrison refused to leave. The caller believed the woman was under the influence of drugs.

When officers arrived they found Garrison in the backyard of a home next to the caller’s residence.

Officers found Garrison on her knees muttering and making irregular twitches. Officers reported Garrison was under the influence of possible drugs and was disoriented and confused.

Police found a baggie containing 1.2 grams of crystal meth and a bottle of pills in her pockets.

An IU LifeLine ambulance responded to the scene and medically cleared Garrison. She was then arrested on charges of possession of meth and unlawful residential entry.