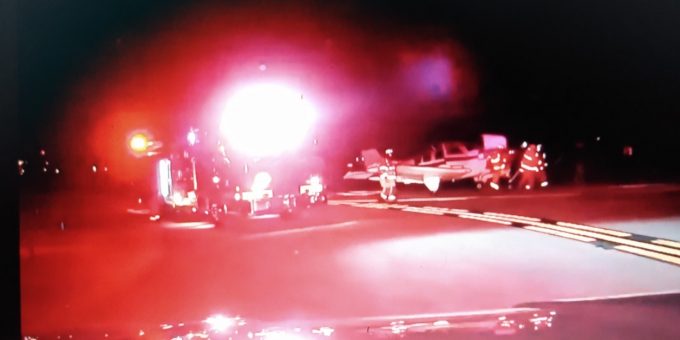 BLOOMINGTON – Monroe Fire Protection District was called to the Monroe County Airport around 1 a.m. this morning after a pilot declared an in-air emergency.

The pilot was able to safely land the plane in one piece with no injuries to the pilot and passenger of the distressed plane.

However, the pilot did not want to restart the engine of the plan for safety concerns and therfore posed the problem of how to remove the plane from the runway.

Firefighters assisted the pilot with pulling the plane off the runway onto a taxiway to clear the runway for other aircraft.

Airport operations were notified of the incident and the pilot and passenger were taken to a nearby hotel for the night.