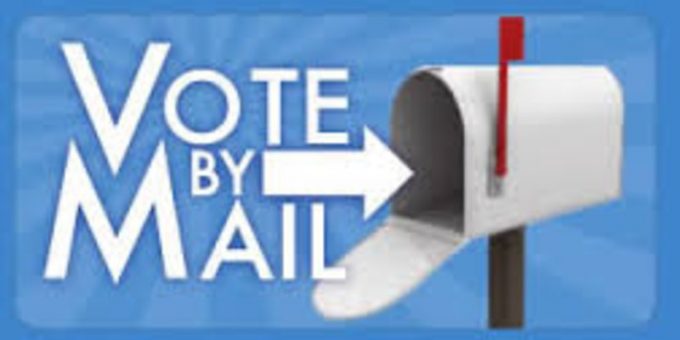 INDIANA — Democrats and voting rights activists are objecting to a Republican-backed proposal that would require Indiana voters who request mail-in ballots to swear under possible penalty of perjury that they won’t be able to vote in person at any time during the 28 days before Election Day.

An Indiana House committee endorsed the bill 12-7 along party lines Tuesday, sending it to the full Republican-dominated House for consideration.

Republican Rep. Tim Wesco of Osceola defended the proposal he’s sponsoring as an updating of the state’s mail-in ballot law to reflect the greater availability of early in-person voting over the past couple of decades.

“I believe the best policy is to encourage people to vote in person, whether on Election Day or in-person early as much as possible,” Wesco said.

Democrats cited hours-long lines at early voting sites in Indianapolis during the 2020 election and argued that the change would discourage people from selecting their most convenient way of casting a ballot under the penalty of perjury.

Indiana’s current mail-in voting limits allow people to vote by mail only if they fall into one of several categories, including being 65 or older, confined to their homes, scheduled to work throughout the 12 hours Election Day polling sites are open, or being absent from their home counties on Election Day. None of those restrictions currently involve the early voting period.

Democratic Rep. Carey Hamilton of Indianapolis said many parents who are busy with their children and don’t control their work schedules won’t know whether they can get to an early voting location.

“They’re threatened with perjuring themselves to be able to get an absentee ballot to be able to safely know that they can safely vote and as opposed to the unsure reality of early voting,” Hamilton said.

Wesco downplayed such concerns, saying “This is an honor system, basically, check the box and vote absentee by mail.”

Julia Vaughn, executive director of the voting advocacy group Common Cause Indiana, said while county election officials don’t investigate whether those voting by mail actually meets the requirements, the threat of perjury charges would scare off some people from requesting mail-in ballots.

“We haven’t had problems in terms of fraud connected with voting by mail,” Vaughn said. “So this new language is completely unnecessary and really does a disservice to voters.”

Election officials and many political campaigns encouraged mail-in voting in 2020 because of COVID-19 concerns.

That pushed mail-in balloting to nearly 600,000, along with some 1.3 million in-person early votes cast, according to the state election division. Mail-in voting jumped about 3-1/2 times from 150,000 ballots in 2016 when almost 1 million people cast early in-person votes.