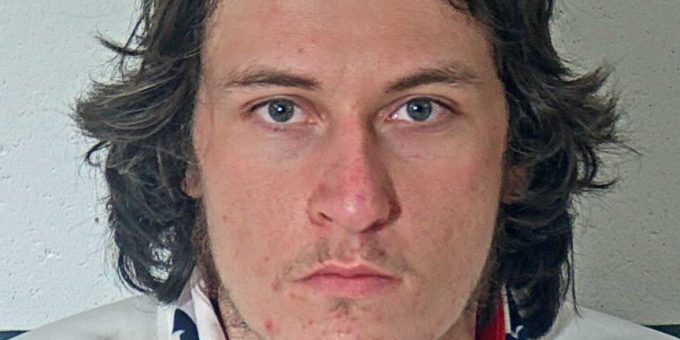 BEDFORD – A Bloomington man was arrested this morning after Bedford Police officers were dispatched to an apartment on Industrial Drive, in reference to a complaint of unknown people being inside of the caller’s apartment.

When police arrived they spoke to a woman who said a male, later identified as 29-year-old Kory Kleinow, entered her apartment.

The officers attempted to speak to Kleinow but he kept turning away from them. Although Kleinow resisted, officers were able to conduct a body search. Officers found a syringe in Kleinow’s pocket and was detained.

Officers also found a folded piece of paper that contained a powder-like substance that tested positive for fentanyl.

Kleinow continued to yell after being asked to stop several times. He continued to resist and refused to get into the police vehicle.

Kleinow faces charges of disorderly conduct, unlawful possession of a syringe, possession of cocaine or a narcotic drug, and resisting arrest.