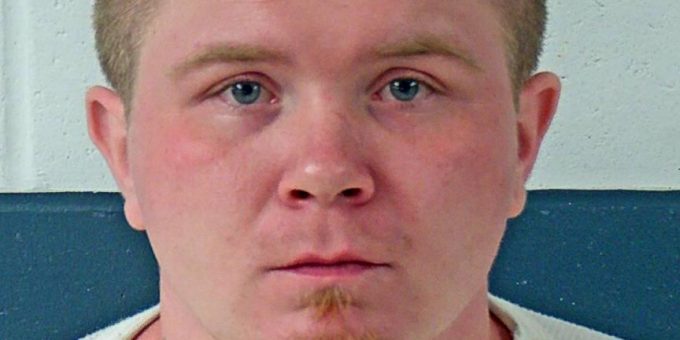 BEDFORD – A Mitchell man was arrested on a warrant charging him with strangulation and domestic battery after an incident on November 10, 2021.

According to a probable cause affidavit, police were called about a female who was being abused by 25-year-old Dalton Burton.

The caller told police a female had bruising on her face caused by Burton. The caller reported Burton would be transporting the female to work in Bedford and the couple would be in a silver Chevrolet Malibu with a missing side mirror.

Police spoke to the victim at her place of work. The woman had numerous injuries to her face and bruising to her neck.

She told police the couple had been arguing more and more and those arguments escalated with Burton getting physical with her.

The woman told police Burton had kicked her in the head with a steel toe boot, punched her in the face and body, and strangled her over the last couple of weeks.

The woman was transported from her place of work to a local hospital for treatment of her injuries.

Police tried numerous ways to contact Burton and were unsuccessful. The information was forwarded to the Lawrence County Prosecutor’s Office and a warrant was issued for Burton’s arrest.