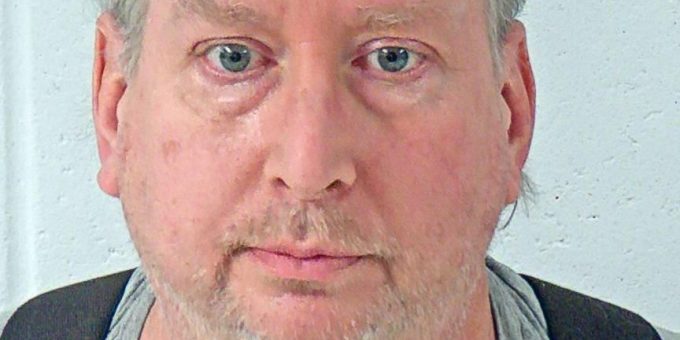 BEDFORD – A Mitchell man was arrested on numerous charges after he disrupted a funeral procession on State Road 37, Tuesday afternoon.

A Bedford Police officer arrested 59-year-old Christopher Meissner on charges of resisting law enforcement, criminal recklessness, reckless driving, driving between vehicles of a funeral procession, failure to yield the right of way to an emergency vehicle.

According to a probable cause affidavit on Wednesday, a Bedford Police officer was leading a Day & Carter Funeral procession on State Road 37 to the intersection of Dixie Highway and State Road 37 South.

While leading the procession, the officer had just passed the off-ramp on State Road 37 South. The funeral procession was approximately 30 yards behind the police vehicle.

A group of vehicles in the right lane of State Road 37 were slowing to a stop as the officer and passed the procession.

That is when the driver of a  blue Jeep SUV pulled out of the group of cars on the right and pulled between the police vehicle and the lead funeral procession vehicle.

The officer leading the procession pulled into the median and pulled up next to the Jeep and hit the siren and overhead lights and looked at the driver and told him to stop.

The officer then pulled in front of the Jeep into the roadway to block traffic for the funeral procession and was parked directly in front of the Jeep. As the officer began exiting his police vehicle to stop all traffic for the funeral procession the Jeep backed up and began driving around the police vehicle and was headed directly at the officer. The officer attempted to get Meissner’s attention by waving his hands and yelling, ordering him to stop. Meissner ignored the orders and continued to travel toward the officer.

“The vehicle was approximately 3 feet from me and I hit my hand on the hood and screamed stop again. The vehicle finally stopped. I went around to the driver’s side window and when the driver rolled down the window, I began yelling at him to stop and to back up their vehicle. The driver initially refused and his wife was yelling at me for my badge number. After yelling several times, they backed up, back into the median,” the officer wrote.

After the funeral procession had passed, the officer requested back up and had the driver of the Jeep, Christopher Meissner exit the vehicle. He was detained.

“The subject’s wife exited the car and was told to get back into the car,” the officer wrote.

The female was released from the scene with the vehicle and Meissner was arrested.