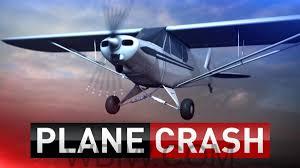 BLOOMINGTON – The Indiana State Police is currently assisting the Federal Aviation Administration (FAA) with the investigation of an airplane crash. The crash took place south of the Monroe County Airport near Tower Road in Monroe County.

At approximately 8:15 p.m. on Friday, December 17th, Monroe County Central Dispatch received 911 calls reporting that a small plane had crashed in the area. When troopers and first responders arrived at the scene, they located a single-engine fixed-wing plane on fire, and firefighters from the Van Buren Fire Department were able to extinguish the blaze.

The preliminary investigation revealed that there was one occupant in the plane who was pronounced deceased at the scene by the Monroe County Coroner. The victim’s name is being withheld until proper identification and notification has been made to their next of kin.

Investigators from the Federal Aviation Administration and the National Transportation Safety Board have been contacted and the crash scene will be turned over to them upon their arrival. The Indiana State Police will continue to assist the FAA, however, any determinations made relating to the cause of the crash will be released by their agency concluding a thorough investigation.