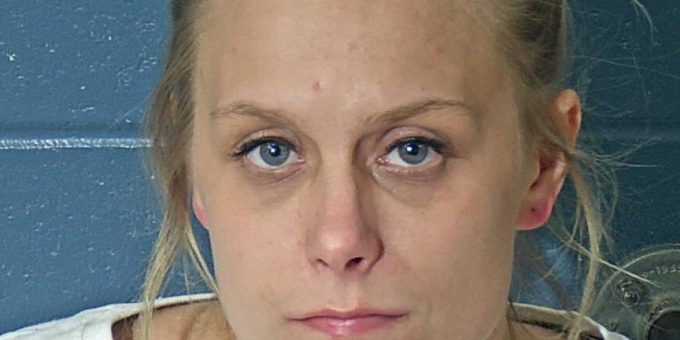 BEDFORD – A Bedford woman was arrested Monday night after a Bedford Police officer stopped the vehicle she was a passenger in for an obscured license plate in the area of 16th and G streets.

Both Fraizer and Powers gave officers permission to search the vehicle. Canine Zazu alerted officers to possible drugs at the passenger side of the vehicle.

During a search of the vehicle, officers found a container in the center console containing crystal meth.

Powers told police the container belonged to her.

Powers was detained. She then told officers she had a smoking pipe hidden in her bra.

Fraizer was given a warning for his driving status, failure to use his turn signal, and for an obstructed license plate and released from the scene.

Powers was arrested on charges of possession of meth and drug paraphernalia.