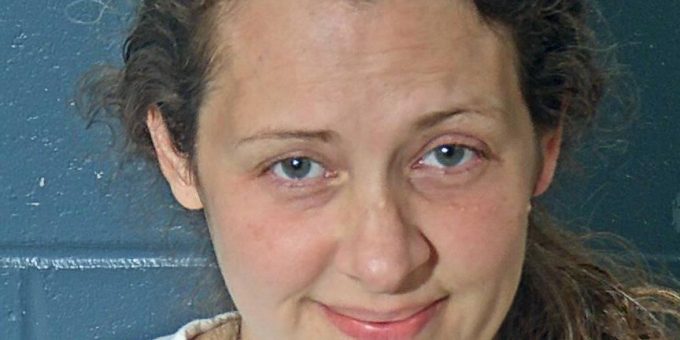 SPRINGVILLE – A Springville woman was arrested after she violated a protective order.

Police arrested 40-year-old Cherry Blattert on Friday after a warrant was issued for her arrest on a charge of invasion of privacy.

According to a probable cause affidavit, on December 1, 2021, the Lawrence County Prosecutor’s Chief Investigator Andrew Tillet spoke with a Department of Child Services Family Case Manager who reported she went to a home in the 190 block of Armstrong Station Road in Springville about an incident that occurred during a supervised visit.

The male told the caseworker that his mother Cherry Blattert, saw his sister had checked out a “bad book” from the library. The male said the book was titled “Secret” or something in that natrue and he could not recall the correct title. The male said the family had addressed the issue.

There is an active protective order stating Blattert is to have no contact with the female. That order was served on November 18, 2019, when she was arrested on felony charges of child abuse.

In November 2019, Indiana State Police began their investigation after the Indiana Department of Child service requested their assistance in a report of physical abuse of juveniles living in a home on Armstrong Station Road in Springville.

Interviews were conducted, then a search warrant was obtained and executed at the residence on November 1, 2019.

A Lawrence County Superior Court I probable cause affidavit indicates investigators were shown a videotape of Scott Blattert hitting one of the couple’s girls with a belt approximately 25 times. This is just one of the pieces of evidence obtained by investigators.

The girl appears to be facing Blattert as he delivered blows to the left side of her body from the shoulder down. The affidavit does not indicate who recorded the video.

According to the affidavit, the video also shows Scott Blattert punching the child in the face and pushing her to the ground. He then elbow strikes the back of the child’s head. Two toddlers can be seen entering the room and Cherry enters to try and remove them. The incident is believed to have taken place in September 2019.

Following Scott Blattert’s arrest, the eldest child, who is 15, was interviewed at a child advocacy center in Bloomington. She told investigators that her parents discipline the children with industrial-grade glue sticks which are used in glue guns. She said the sticks were hidden on top of the fireplace mantle and when the family expected a visit from the Department of Child Services (DCS), the glue sticks were hidden in Scott and Cherry’s bedroom. Scott had determined after experimenting with wooden spoons and dowel rods that glue sticks caused the most pain and left the least amount of markings.

The eldest child also said Scott and Cherry told the children that DCS works against religious people. The family recently moved from one home to another because a DCS worker lived nearby, the affidavit said.

Scott slammed the children against the wall because they were not behaving during “Cherry’s religious speech,” and he choked one of the children until she couldn’t breathe, the affidavit detailed.

Cherry reportedly would photograph the children’s injuries and markings with a camera she kept in the couple’s bedroom, where the children were not allowed to go, according to the affidavit. The only phone in the home was in the bedroom, as well.

One child kept a diary of the abuse and hid it inside her mattress, the affidavit said.

Cherry Blattert faces a felony charge of neglect of a dependent resulting in bodily injury and a misdemeanor charge of domestic battery. She posted a $2,000 cash bond and was released from the Lawrence County Jail on November 26, 2019. The Court entered a not guilty plea on her behalf and she is scheduled for a pretrial conference on January 10, 2022, in Lawrence County Superior Court 1. Judge Plummer also issued a no-contact order with her children. On December 13, 2021, the State filed a motion to revoke her bail.