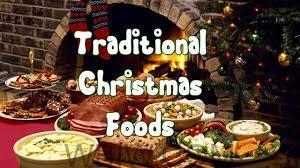 Many Americans are ready to begin the period of luxurious indulgence on the tastiest treats that come around this holly jolly holiday season.

Collectively as a nation, America has enough classic Christmas foods to fill up a giant recipe book! Being a melting pot of diversity and home to a bunch of different backgrounds, each state has Christmas foods that are individually unique.

Christmas.co.uk, provider of Christmas tips, tricks, and traditions carried out a survey of 3,485 Americans, ranking the nation’s most iconic Christmas meals, dishes and desserts.

And it was found that overall, the most iconic Christmas food was awarded to the Granite State – New Hampshire – the classic pumpkin pie. This sweet and seasonal treat has graced Christmas dinner tables for decades and whilst the recipe is simple, the dish is always a crowd-pleaser.

Next up, Alabama’s Crescent recipes reigned second-most superior Christmas food across America. Golden brown and baked to a warm, crispy finish with visibly flaky layers, the crescent dough can be transformed into a variety of dishes over the festive season. From classic homemade, buttery crescent rolls with sweet or savory fillings; to crescent fruit cobbler made with the Yellowhammer State’s national treasures: blackberries, there’s certainly no shortage of culinary delights in Alabamians’ kitchens over the holidays!

In third place, Utah’s green bean casserole emerged in bronze position. For Utahns, the green bean casserole is the perfect hearty accompaniment to any Christmas dinner. Growing green beans helps put nitrogen back into your garden soil, so If you’re feeling green-fingered, the best time to plant your green bean seeds is during the spring months of April and May.

This signature dish topped with marshmallows is arguably one of America’s most unique sides, which makes its cameo over the festive season and is well-loved in the Hoosier State. But who came up with the idea of adding the sugary candy atop sweet potatoes? At the turn of the 20th century, marshmallows were a trendy treat, and using them in the kitchen was thought to be a very modern concept. Allegedly, the first recipe incorporating the two seemingly opposite ingredients comes from a booklet published in 1917 by Angelus Marshmallows, the very same inventors of the mass-produced marshmallow in 1907!

On the opposite end of the scale, Nevada’s Sopa de Res came in second-last position. A Latin-American classic dish that has crept up and north of the border into Nevada! Sopa de Res is the perfect winter warmer on a cold Christmas night made from beef, corn, hearty vegetables and garnished with limes and cilantro.

In the final position, it appears Minnesota’s lutefisk is only a local favorite, and far from the nation’s most popular! Originally started as a Nordic holiday tradition, lutefisk dinners are now a defining element of a quintessential Minnesotan Christmas dinner, regardless of their background. Lutefisk is a type of dried whitefish (usually cod) that is soaked in water for a number of days and pickled in lye. It has a gelatinous texture and is especially popular in the Twin Cities area due to its large presence in Scandinavian history.

‘After being cooped up indoors for months, many Americans are looking forward to finally seeing family and friends again; as well as regaining the holiday spirit many anticipate towards the end of the working year,’ says Daniel Brown of Christmas.co.uk. ‘Of course, many love the customs and traditions associated with Christmas, however, if you’re looking to experiment with new, different food this time around, now is the perfect time to begin recipe testing!”

To see what other state’s top traditional delights are click here.