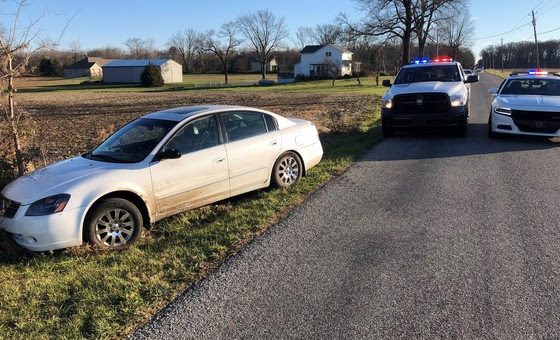 The incident began at approximately 3:00 p.m. when Indiana State Trooper Randel Miller attempted to conduct a traffic stop on a white Nissan passenger car on I-65 Northbound near the 53-mile marker near Seymour in Jackson County.

The vehicle was being driven by 38-year-old Otha T. Bryant, of Freetown. Bryant refused to stop and fled from the trooper at a high rate of speed.

During the pursuit, multiple troopers from the Indiana State Police-Versailles Post, as well as officers from other area police departments assisted.

The vehicle eventually became disabled and came to a stop on County Road 1000 West in northwest Jennings County.  Bryant and a female passenger, 28-year-old Rachel V. Fagan, of Freetown, were taken into custody without further incident.

Bryant was also wanted on numerous warrants out of Jackson County.  Fagan was additionally wanted on a warrant out of Washington County.

Both Bryant and Fagan were transported to the Jackson County Jail where they were incarcerated pending their initial appearances in court.