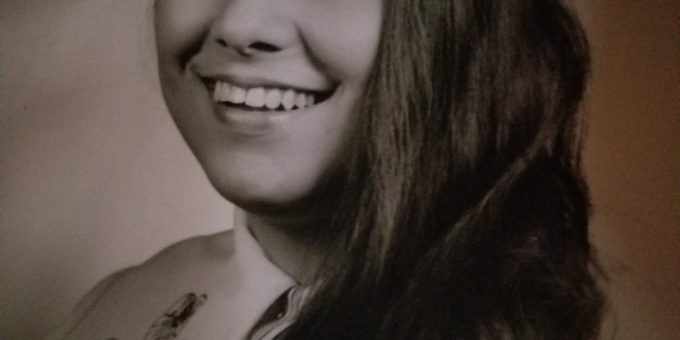 She was born on September 7, 1945, at Dunn Memorial Hospital to Charles Lester and Beulah Frances McIntire
Ruch. She was married to Samuel Lawson Lakin in 1963, and they were divorced in 1968. They had two children Margaret Michelle Lakin Taylor of Bedford and Charles Paul Lakin of Hanover Michigan.

Survivors include her son Charles (Lana) Lakin of Michigan; grandchildren Lakin, Jacob, and Ella Taylor are all of Bedford, a sister in law Trudy Ruch of Omaha Nebraska; her children and grandchildren: Regan Ruch, Rebecca (Jerry) Baker [Ben and Max] all of Omaha. Liz (Jason) Calhoun [Ryan, Jacob, and Jeannie] all of Colorado Springs, CO. Nancy’s sister Carolyn Sue Ray, and husband Jerry of Bedford; their children Luci (Rickey) McFall of Mitchell IN, Jerry Lee Ray Jr. of Mitchell IN, Melissa (Greg) Tackett of Bedford. Her nieces Charlotte Hensley of Florence IN and Greta (Kelly) Glotzbach of Mitchell IN. Her great-nieces and nephews and their children Matthew (Mary Ann) Prarat [Nolan and Harllow] of Lubbock TX. Emily and Maggie Prarat, and Raychel Hensley of Florence IN. Skye Orman Glotzbach of Bedford IN, Zane (Leia) Glotzbach of Indianapolis IN, Preston ( Ashley) Glotzbach of New Albany IN.,, Tiffany (Rob) German [Waylon and Reagan] of Mitchell IN, Micheal (Kalee) Mcfall [Konner, Benjamin, Paisley, Bentley, and Brynlee]. Ashley( John) Miller [Alex] of Bloomfield IN., Jacob Lee and Katelyn Ray of Mitchell IN. Carlee ( Jackson) Ryan [Ruby] of Bedford IN., Cassidy ( Evan ) Deckard [Ava] of Noblesville IN, Owen Tackett of Bedford IN. Tessa Finny, Alycen Ray, Tyler Gutherie, and Christina Lessig were also very special to her.

She was preceded in death by her father in 1983, her mother in 1994, her brother-in-law in 2004, her sister in 2009 Marge and Ray Orman; her aunt Margret McIntire Rimstidt in 2000; her great-niece Stacey(Skye) Glotzbach and their sons Derek Finny and Chayce Christopher Glotzbach in 2013; her daughter Margaret Michelle Lakin Taylor in 2017 and her brother Chuck Ruch in 2018.

She graduated from Shawswick High School in 1963 and attended Purdue and Indiana Universities. She was a licensed practical nurse graduating from IVTC in 1976.

A celebration of life will be held on Saturday, November 20, 2021, at the First United Methodist Church at 1409 K Street in Bedford, IN. from Noon until 3 p.m.

Memorial contributions can be made in Nancy’s memory to the United Methodist Women.