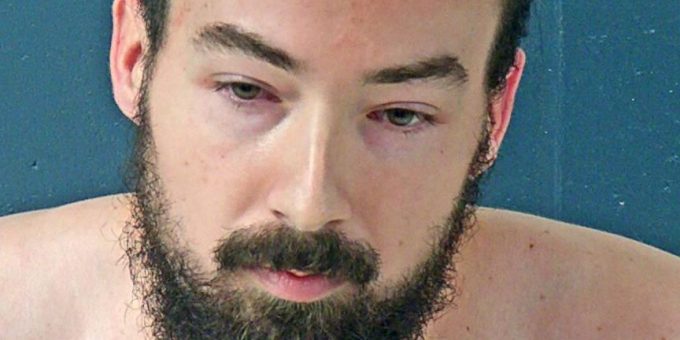 Terrill was arrested when officers responded to the 1710 block of K Street after a report that Terrill had injured a woman.

When police arrived they found an elderly woman in the hall of the residence bleeding from a severe head injury. Police say her scalp was showing.

When officers entered the woman’s apartment they found Terrill and another male in a physical fight.

Officers broke up the fight and detained both men.

The woman told police she was asleep in her recliner in the living room and was awaken by being struck in the head with an object that she later realized was a propane tank with a torch attached. The torch was lit and Terrill was striking her, attempting to also burn her.

The woman claimed he was yelling that he was going to kill her, while striking her with the propane tank.

An elderly man who was fighting with Terrill when police arrived, suffered redness to his face, a swollen left eye, and was bleeding from his right wrist.

He told police he was asleep in his bedroom when he heard the commotion in the living room where he found Terrill striking the woman with the lit torch. He told officers he stepped in to stop Terrill and was able to get the torch from him.

Terrill then freed himself, went into a bedroom and came out with a shotgun. While Terrill attempted to load the weapon, the male once again pursued a struggle with Terrill to obtain the weapon from him.

The woman was transported by ambulance to IU Health Bedford Hospital for treatment where she received 15 staples to the top of her head. The elderly male refused treatment.

Both signed battery affidavits against Terrill.

The cylinder, the torch, the shotgun, and the shotgun shell that Terrill was loading were collected as evidence.