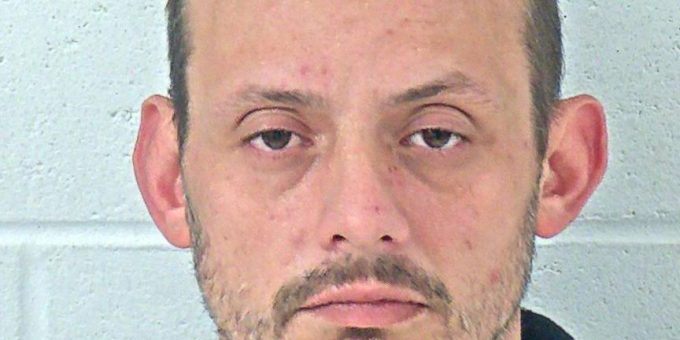 BEDFORD – A Bedford man was arrested after a Bedford Police officer stopped his vehicle at 17 and D streets Thursday night for a traffic violation.

Police say the driver 36-year-old Steven Roll was extremely nervous and his hands were shaking.

Roll denied police consent to search the vehicle based on the fact that he said it was not his vehicle. During a pat-down, police found a pocket knife and a large amount of money in Roll’s pockets.

Roll was issued a citation for driving left of the centerline.

K-9 Zazu alerted officers to possible drugs in the vehicle. Roll then admitted there was meth on the passenger floorboard of his vehicle and a bag of meth inside the small pocket on his pants.

In the vehicle, police found a zip lock bag containing a large amount of crystal meth inside a to go meal box, along with a glass smoking device. Officers also located another plastic bag, which contained a large quantity of small zip lock bags along with a digital scale, and a small jar containing burnt hand-rolled marijuana cigarettes.