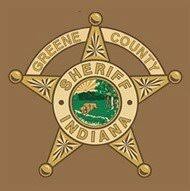 According to police, 41-year-old Joshua Anderson, of Jasonville, and his juvenile passenger were transported by ambulance to Greene County General Hospital.

A passenger in a second vehicle 57-year-old Lisa Parr was also injured. She was transported to the Greene County Sheriff’s Department by private vehicle.

According to police, Anderson was traveling south on County Road 1375 West when he drove his 2005 Chevrolet Malibu into the path of a  2016 Dodge Ram driven by 59-year-old Nicholas Parr. Parr was traveling west on State Road 54.

The front of Parr’s truck struck the front driver’s side engine compartment of Anderson’s car.

Police say the roadway was closed from 4:55 p.m. until 5:23 p.m. while police investigated the accident.