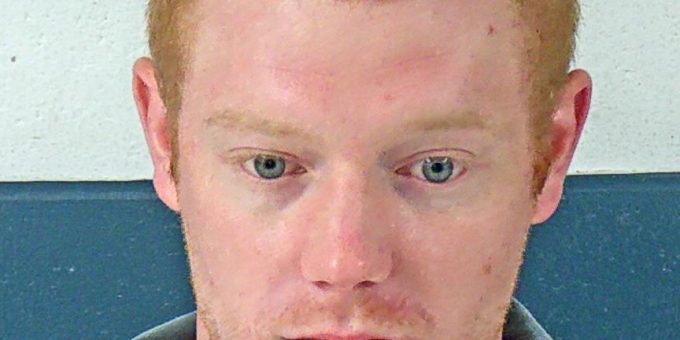 As the vehicle came to a stop in the parking lot of a local business, the male driver, later identified as 29-year-old Joseph Devinney, of Bedford, jumped from the car and began to flee on foot. Trp. Humphrey apprehended Devinney after a short foot pursuit.

Once Devinney was in custody, it was discovered that when he fled on foot, he abandoned a six-year-old juvenile in the vehicle. Assisting troopers quickly made sure that the child was unharmed and taken care of until responsible family members could arrive. The Department of Child Services was contacted and the juvenile was released to family members.

Lawrence County Captain Andrew Phillips was requested to the scene and he deployed his canine, Scout, who gave a positive alert to the presence of controlled substances in the car.

A search of the vehicle revealed that Devinney was in possession of marijuana and drug paraphernalia. It was also discovered that Devinney was wanted on five arrest warrants (12 total offenses on the warrants) out of Lawrence County. Trp. Humphrey arrested Devinney and then transported him to the Lawrence County jail where he was booked on the following charges neglect of a dependent, resisting law enforcement on foot, driving while driver’s license suspended, possession of marijuana, possession of drug paraphernalia.