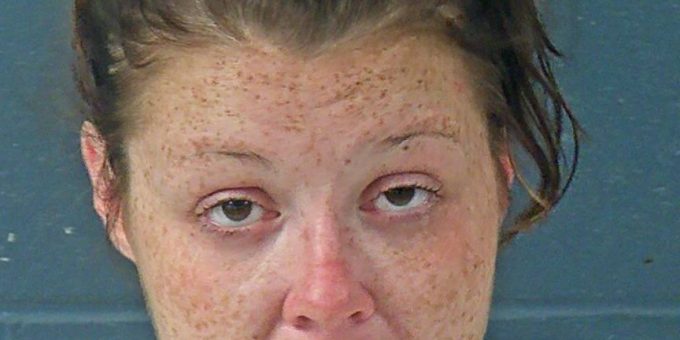 BEDFORD – A Bloomington woman was arrested on drug charges when a Rocket Fuel employee reported a woman had just exited the store after giving them a counterfeit $20 bill.

The employee said the female was possibly intoxicated and was driving a white pickup.

The officer exited the store and found 34-year-old Katie Butler-Shipley who was nervous and emotional.

She admitted to giving the clerk a counterfeit $20 and was upset because she was just trying to get home and was driving on a suspended driver’s license.

Butler-Shipley’s initially refused to allow police search her backpack, but eventually gave the officers search permission of the bag. During that search, officers found syringes, and a couple of clear plastic bags that contained meth and fentanyl.