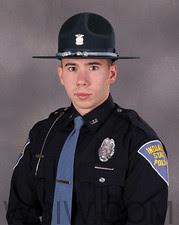 On October 20, 2016, Clemans graduated from the 76th Indiana State Police Recruit Academy. After graduation, Clemans was assigned to the Lafayette Post, where he primarily patrolled Tippecanoe County.  During his career, Clemans has served the State Police as a field training officer and is a member of the Tactical Intervention Platoon.

With his recent promotion, Clemans will serve as a Crime Scene Investigator for the Lafayette Post.

Clemans is a current resident of Carroll County.