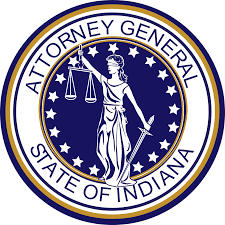 A state trial court ruled in favor of the people of Indiana and representative government itself on Thursday October 7th. The Governor had argued that the legislature may meet only once each year and that only he may cause it to meet any other time. The court rejected that argument and ruled that, under the plain text of the Indiana Constitution, the legislature may determine, by law, the timing and frequency of its legislative sessions.

“The framers of our Constitution created a system where citizens hold elected officials accountable, and not the other way around, which is what makes democracy special,” said Attorney General Todd Rokita. “This case is about preserving individual liberty by ensuring our elected representatives can meet during emergencies if necessary to keep government officials in check.”

The Office of the Attorney General litigated the case on behalf of the General Assembly; its lawyers researched the law, formulated a strategy, wrote motions and briefs, and went to court and argued before the judge.

“The people of Indiana want their voices to be heard, and they deserve a choice on how they can live their lives and how their elected representatives can best represent them. This is a win for everyday Hoosiers, which is what is absolutely necessary if we are to maintain a free republic,” stated Attorney General Rokita.