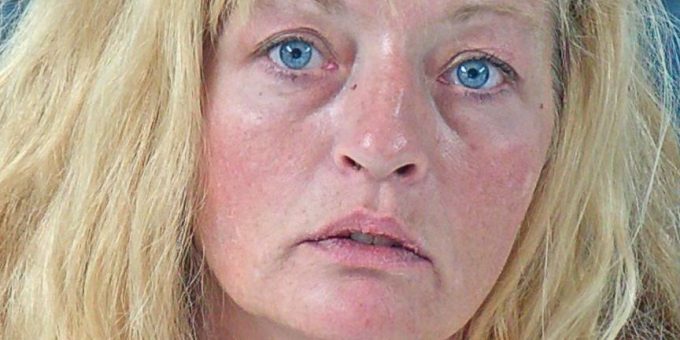 MITCHELL – A Mitchell woman was arrested Friday after Mitchell Police officers were called to a home in the 1120 block of Maple Street after a report someone was bitten by a dog.

When officers arrived they spoke to a woman who was standing outside of her residence. She told police the neighbor’s dog got loose and attempted to bite her dogs. Mitchell Police noted in their report that they had responded to that neighborhood in the past due to several complaints about the dog running loose.

The woman said she went outside and picked up the neighbor’s dog and she attempted to take the dog back to her neighbor, 44-year-old Rachel Merry. The woman claimed Merry approached her, began shaking her and pushed her with both hands. The woman stumbled backward and that is when Merry’s dog bit her on the left hand.

Merry told police she never touched the woman and had not walked up to the woman.

Merry told officers the dog was not up to date on its vaccinations.

Merry was arrested on a charge of battery.