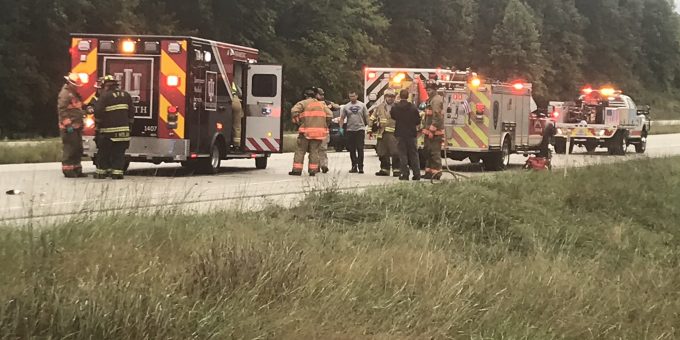 The accident was reported at 5:42 p.m. According to police, a witness reported that Olin D. Mitchell, 19, Springville was driving westbound on Washboard Road in a 2006 Ford Mustang. He drove his Mustang into the path of Emily F. Banks, 22, Oolitic, who was driving a 2001 Buick LeSabre southbound on State Road 37.

Banks struck Mitchell’s vehicle in a T- bone collision sending Mitchell’s vehicle rolling four to five times before coming to rest over the embankment on the west side of the highway. Banks stated she was ejected from her vehicle.

Mitchell suffered severe head injuries and had to be extricated from his vehicle. Banks suffered fractures to her legs and arms. Both were transported to IU Health Bloomington Hospital by separate ambulances for treatment.