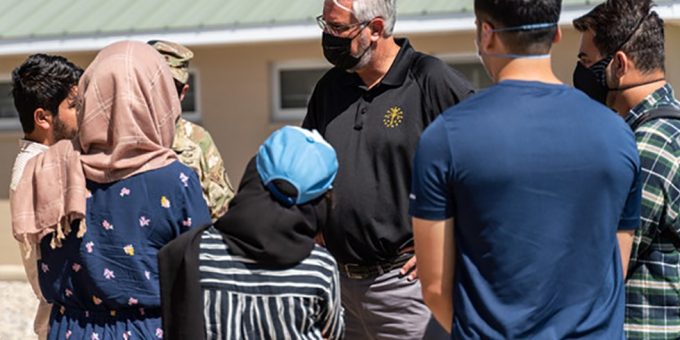 CAMP ATTERBURY – More than 6,000 Afghan refugees are being housed at the Indiana National Guard’s Camp Atterbury training base and preparing for permanent resettlement, two weeks after the first wave of evacuees arrived.

Department of Homeland Security Mark Howell said 6,603 Afghan refugees were being housed at Atterbury as of Wednesday.

According to U.S. officials, Indiana is projected to take 490 arrivals.