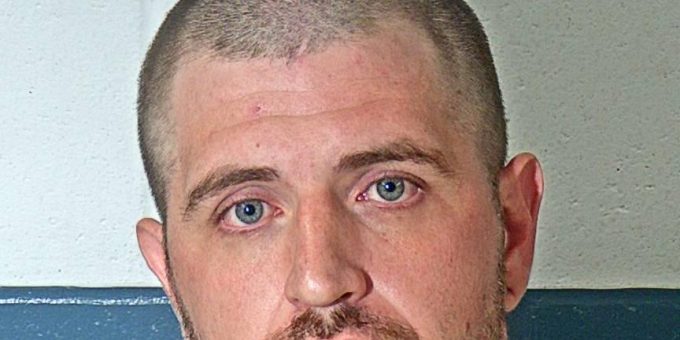 BEDFORD – A Williams man was arrested Thursday afternoon when Bedford Police officers were called to the Hauck House on K Street after a report of an unwanted male on the property.

When police arrived a manager stated 33-year-old Devin Downham was causing an issue inside an apartment and the tenant wanted Downham removed. The manager told police they believed Downham was also wanted on an active warrant.

Officers were told that Downham ran from the building. Officers set up a perimeter in attempts to capture Downham. They found Downham sitting on a bench inside the Hauck House. Downham ran up the stairs to flee the officers, however an officer was able to tackle him on the second floor of the Hauck House.

Downham was arrested on a warrant for petition to revoke.

Downham was arrested on additional charges of resisting arrest by fleeing, possession of meth, and counterfeiting.