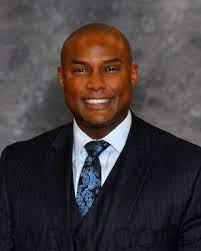 INDIANAPOLIS — A commitment to offering affordable and reliable energy service for today and tomorrow coupled with a strong sense of community responsibility has earned Jeffrey Harrison, president, and CEO of Citizens Energy Group in Indianapolis, a statewide honor. Harrison is the Indiana Chamber of Commerce’s 2021 Ogletree Deakins Business Leader of the Year.

“Jeffrey Harrison is an outstanding chief executive. His compassion, intelligence, and thoughtfulness are hallmarks of his decision-making for Citizens Energy consumers and employees, as well as for the Greater Indianapolis community efforts he and the company support,” says Indiana Chamber President Kevin Brinegar.

Recognizing the importance of handwashing as a deterrent to spreading COVID-19, Citizens Energy implemented a policy of reconnecting/not turning off the vital water service for nonpayment – before any government moratorium was issued. The company continues to work with those facing financial hardships, extending payment arrangements up to a year.

“If we look at those customers who are struggling, I’ve walked more than my share of a mile in their shoes. … I’ve been on free and reduced lunch – grew up on food stamps and fairly poor. I get firsthand the struggles that take place in some of these households,” Harrison shares.

That memory for Harrison has fueled his pledge that Citizens Energy offers customers “the best value that we can for the utility services that we provide.” He also says he “can’t commend our staff enough” for their efforts.

Citizens Energy delivers water to an eight-county Indianapolis area as well as both natural gas and wastewater services to Marion County. That reach covers more than 800,000 people.

Modernizing service systems includes the 28-mile DigIndy tunnel being built some 250 feet beneath the city, which will be a major factor in reducing combined sewer overflows into area waterways once it’s completed in 2025.

Harrison is also enthusiastic about his role as chair for the Business Equity for Indy Initiative and especially about its purpose.

“It’s just been very humbling to see businesses in central Indiana come together to focus on what I talk about a lot as justice, equity, diversity, and inclusion,” said Harrison. “We’ve got five primary focus areas: learning and talent, hiring and promotion, participation and procurement, impediments to health and then understanding from the business perspective how we can impact public policy.”

Harrison began his current roles with Citizens Energy in mid-2015 and has been with the utility since 2003.

The Ogletree Deakins Business Leader of the Year Award will be given to Harrison at the Indiana Chamber’s 32nd Annual Awards Dinner, presented by Anthem Blue Cross & Blue Shield, on November 9 at the Indiana Convention Center. A table of 10 starts at $1,650 and individual tickets are $165 each. All can be purchased online at www.indianachamber.com/ad or by calling (800) 824-6885.