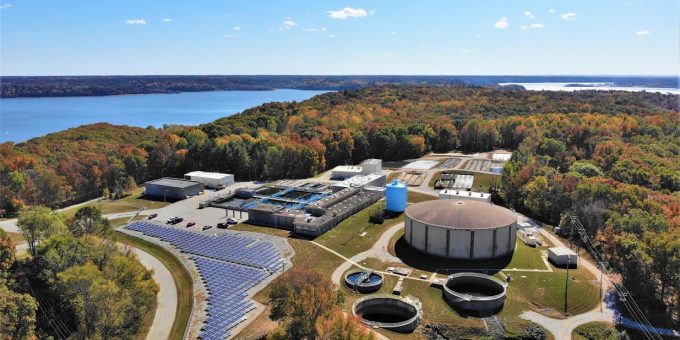 BLOOMINGTON – City of Bloomington Utilities (CBU) began to receive a series of taste and odor complaints on Friday, September 10 from across the service area. Drinking water tests performed multiple times daily have demonstrated that samples continue to be free of contaminants that affect public health.

CBU’s water quality team is investigating the cause of the taste and odor complaints in order to eliminate the issue and restore the normal appeal of Bloomington’s tap water. Actions taken include flushing lines and tasting the water as it leaves the plant and each of the utility’s storage tanks. CBU is also conducting additional testing for common taste and odor producers at the lake, the treatment plant, the storage tanks, and some sample sites in the distribution system.

One possible cause for the taste and odor issues is the recent dry and warm weather, which can produce a spike in organic compounds produced by higher levels of algae. CBU’s treatment system is able to remove algae, but the taste and odor they produce sometimes persist after treatment. While they affect the aesthetic appeal of the drinking water, these compounds are not a health concern.

The current series of complaints is the first CBU has received since 2017. In the past, it was common for CBU to receive taste and odor complaints through the summer and fall as a result of the naturally occurring organic chemicals Geosmin and Methyl-Isoborneol (MIB). As part of its effort to prevent the formation of disinfection by-products, CBU began in 2017 to add Powdered Activated Carbon (PAC) to the treatment basins. PAC also serves to remove MIB and Geosmin.  Annual water quality reports and current data are available at https://bloomington.in.gov/utilities/water-quality.

“At CBU we continually test water to maintain safety standards that meet or exceed state and federal regulatory levels so that the water our customers drink is safe,” said CBU Director Vic Kelson. “We are committed to transparency about the quality of the water we provide, which customers may access anytime at our website.  We’re focused on identifying the cause of these unusual taste and odor issues to restore our customers’ usual good-tasting tap.”In the meantime, customers should contact CBU’s water quality team if they have taste or odor complaints. The 24-hour line is 812-339-1444 or customers can send an alert through the UReport system at bloomington.in.gov/ureport.