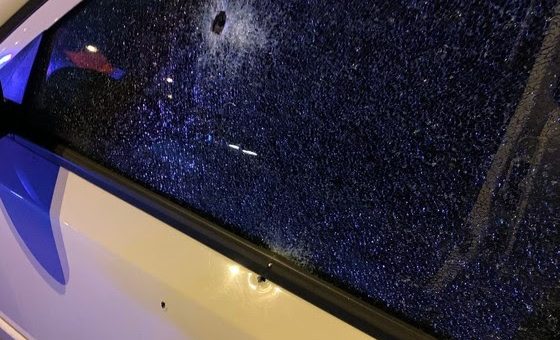 LAKE CO. –  Saturday morning at approximately 12:00 a.m., troopers responded to a report of a vehicle that was struck by gunfire on I-80/94, westbound at the 6.2 mile-marker.  This location is east of Burr Street.

Upon their arrival, they discovered a white 2008 Dodge Charger had been struck multiple times by gunfire.  Inside the vehicle were five people, 3 of which were struck by gunfire.

The victims, all juveniles, were transported to area hospitals with one of the victims later flown to Chicago for treatment of life-threatening injuries.  The victims had reportedly left a party in Gary when they were met by gunfire on I-80/94.