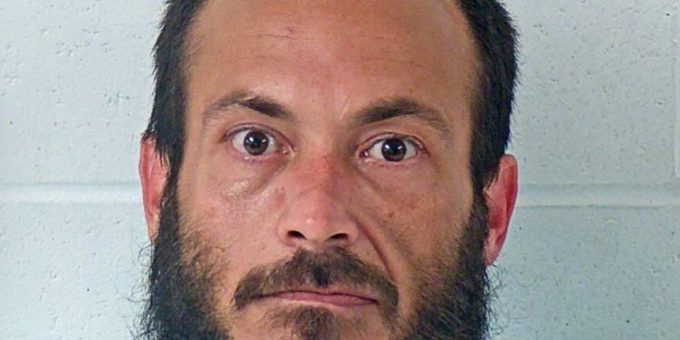 BEDFORD – A Mitchell man was arrested Saturday after a report of a vehicle running off the roadway and striking a tree.

When Lawrence County Sheriff’s Department deputies arrived they found 29-year-old Nicholas Dunn inside of a silver Kia Forte. He was complaining of leg pain.

A witness told police they saw Dunn digging around in the vehicle prior to emergency crews arriving on the scene.

Dunn said he had a “pot pin” in his pocket when he was questioned by police as to why he kept putting his hands in his pockets.

Officers also found one Gabapentin pill in his pocket and approximately a gram of meth wrapped in a gum wrapper.

Nunn was transported to the IU Health Hospital for a blood draw.