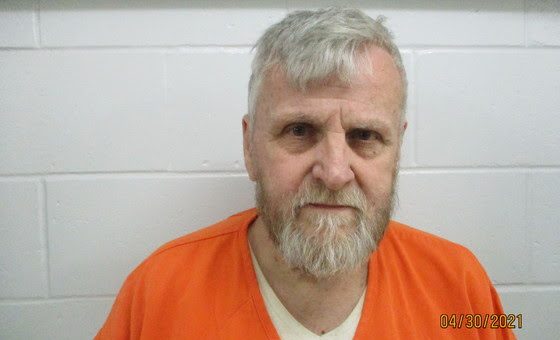 INDIANA – A federal grand jury in Evansville indicted a Loogootee man Thursday on charges of possession of a firearm by a felon, possession of stolen US Government property, and possession of child pornography.

According to court documents, 74-year-old Timothy Guy retired from Crane Naval in 2004 after working 38 years at the facility.

While doing a home check on Guy who was on home detention for a previous conviction for possession of child pornography in April 2021 in Martin County, correction officers found additional child pornography.

Troopers and Sheriff officers located over 800 DVDS, at least 80 thumb drives, hard drives, and other electronic devices that are suspected of containing child pornography.

Guy was arrested and transported to the Martin County Jail where he admitted he possessed possibly a quarter-million images of child pornography on these devices.

Guy also admitted to possession of ammunition that he had stolen from Crane Army Ammunition Activity during his previous employment as ammunition and explosive handler. Officers recovered more than 10,000 various rounds of ammunition and several firearms.

Additionally, officers also found numerous pieces of ivory, some of which were suspected by the Department of Natural Resources to be illegal to possess.

Guy also faces state charges of possession of child pornography and violation of his probation.