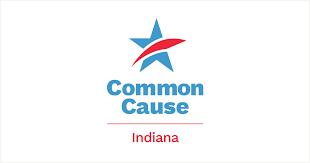 Hoosier voters are invited to use Districtr, publicly available software with data about Indiana’s communities, and submit a map for the chance to earn $6,000 total in prizes. Winners for the best fair maps will earn $3,000 for state house, $2,000 for state senate, and $1,000 for congress.

“Community created maps put democracy back in the hands of the people,” said Julia Vaughn, executive director of Common Cause Indiana. “The mapping competition ensures we have maps produced from a community-focused perspective to offer as an alternative to the partisan-focused maps our legislature will produce. We hope this process shows our elected leaders what redistricting can look like when the people are invited to participate and the goal is fair maps, not incumbent protection.”

Historically, redistricting has happened behind closed doors. The politicians draw partisan and racially gerrymandered maps with little to no input from the public. This year’s mapping competition breaks that tradition, allowing everyday Hoosiers to draw maps that fairly and accurately reflect their neighborhoods. The bipartisan members of the Indiana Citizens Redistricting Commission will judge the submissions. The deadline to submit a map is September 13.

The winning maps will be used as the standard by which to judge the maps drawn by the Indiana General Assembly and will be a valuable tool to hold them accountable for the mapping decisions they make.  All IN for Democracy will urge the legislature to pass the citizen-drawn maps instead of the partisan-designed maps produced under an opaque and conflicted process.

“Our democracy is stronger when every Hoosier – Republican, Democrat, and Independent – can participate in redistricting,” said Linda Hanson, co-president of the League of Women Voters of Indiana. “This competition is about giving people the tools and information they need to participate in a process that will impact their voting power for the next ten years.”

With Districtr’s free online software, the community has access to statewide 2020 Census data and can design their own maps down to a neighborhood block within a matter of minutes. Communities will also have access to tools to check any newly drawn maps the legislature proposes against the data. With this information, Hoosiers have more resources than ever before to advocate for fair district maps that hold elected leaders accountable.

Since 2015, All IN for Democracy has advocated for a redistricting process that transfers power from the politicians to the people. The Indiana Citizens Redistricting Commission is a citizen commission composed of Republicans, Democrats, and Independents to draw fair maps and end partisan and racial gerrymandering that hurts democracy and drowns out the voices of everyday Hoosiers.

To view the Indiana Redistricting Portal with more information about the contest, click here.