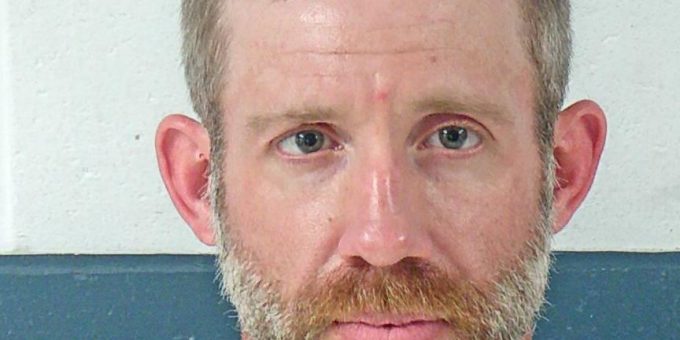 BEDFORD – A Heltonville man was arrested Wednesday, after Bedford Police officers were called to the area of 16th and N streets to look for a possible intoxicated driver.

The caller remained behind the vehicle and provided officers with  updated direction of travel of the driver. The caller advised the vehicle had struck the sidewalk near 16th and A streets. Shortly after, police located the vehicle pulling into the parking lot of the soccer fields at Otis Park.

The driver of the vehicle was 39-year-old Casey Todd.

Todd told the officers he thought he had struck a mailbox in the area of Jiffy Treet and was getting out of the vehicle checking for damage to his truck.

While Todd was retrieving his driver’s license out of his truck, an officer noticed a black .380-Ruger semi automatic handgun and stopped Todd from getting into the vehicle. The handgun was loaded with five rounds in the magazine and one  round in the chamber.

Todd then told the officers there may also be a .22-caliber gun in the vehicle.

While looking for the second weapon, officers found a cigarette pack which contained two yellow Clonazepam pills, which Todd did not have a prescription for. Todd told the officers the pills were not his and he didn’t even smoke.

Officers did not find a second gun.

Todd was arrested on charges of carrying a firearm without a permit with a prior conviction and possession of a Schedule IV controlled substance.